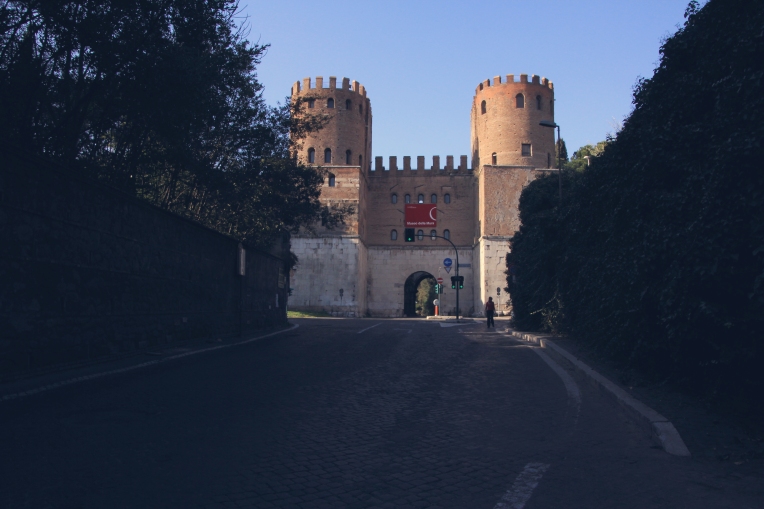 The entrance to the Porta San Sebastiano is the modern name for the ancient Porta Appia, a gate in the Aurelian Wall of Rome, through which the Via Appia, now the Via di Porta San Sebastiano at that location, left the city in a southeasterly direction. It was refortified at the end of the 4th century and was again renovated in the sixth century by Belisarius and Narses. The gate, a brick structure with turrets, still stands and has been restored to good condition. Modern traffic flows under it. Inside and upstairs is a museum dedicated to the construction of the walls and their recent restoration.

The gate is next to the Arch of Drusus. – wikipedia After walking for hours on the ancient Appian Way (an experience in itself of the historic pastoral Rome) we found our selves heading toward the porta san sebastiano and the celio district. It was one of the best walks I’ve ever had in Rome, practically isolated and beautifully quiet. There was even a local’s park without a tourist in sight (except us but we were trying to be incognito)! I felt like I was truly transported back in time, even with the odd car or vespa popping through the arch. Millions of ancient pilgrimages have passed this same way into Rome. I followed the steps of Keats and Goethe and Shelley and Byron and countless other Romantics and writers who went on the Grand Old Tour of Italy between the 17th and 19th centuries. Rome is modern sprawl springing itself forward from scenes of eternity. An ancient or centuries old pilgrim’s grafitti of an angel.

The old cobblestone and bricks, filled with ancient marble and stone broken pillars for mending holes along the centuries. It is so enchanting.

The side of the ancient gate. The Celio district is strictly off the beaten path and wonderful!! 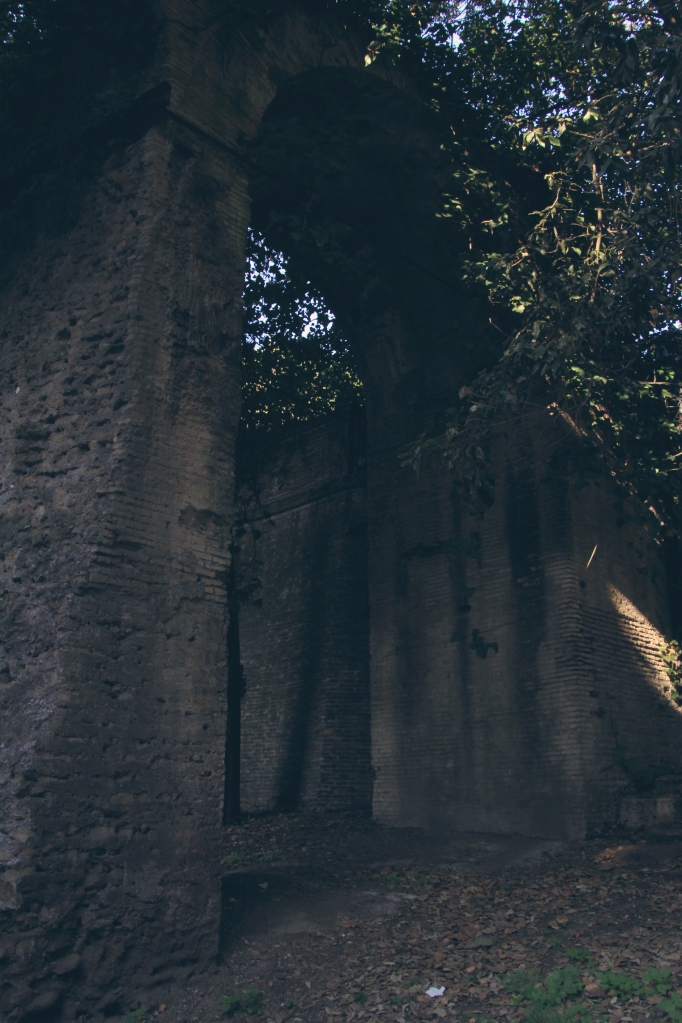 There are signs of an old way of life all along the way. And we stumbled onto this magical place! 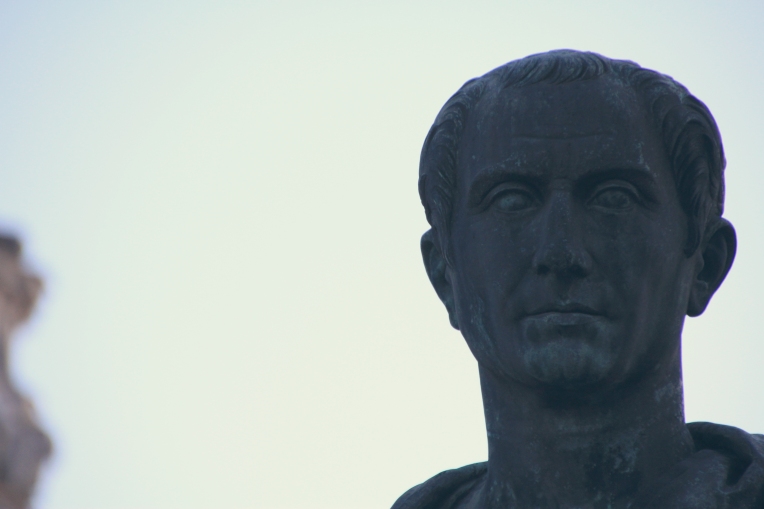 By the forum far away but somehow fitting for this post I think. 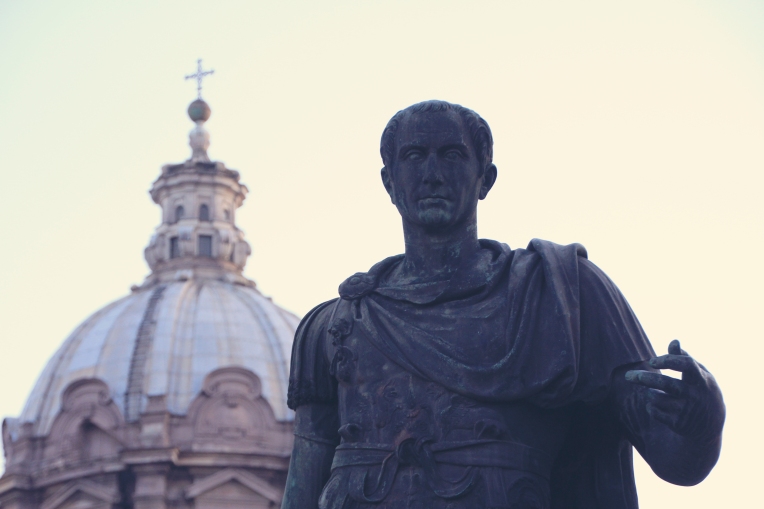 Caesar and cupolas; my idea of Rome, the ancient and the Renaissance.